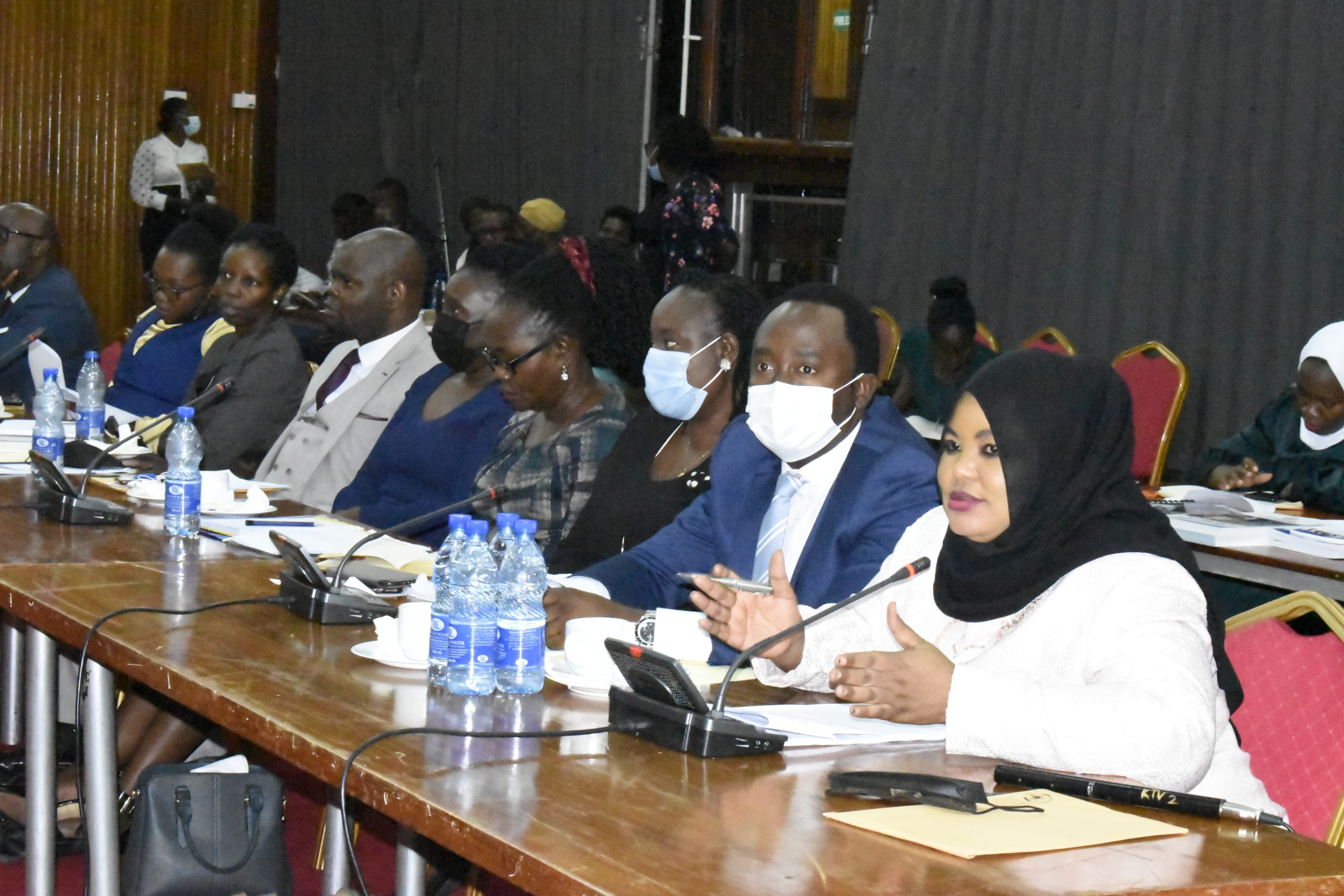 The Uganda Human Rights Commission (UHRC) has today Wednesday August 10, 2023 been the first stakeholder to present its views before Parliament in regard to the Human Organ Donation and Transplant Bill, 2021. The Bill which is currently before the Health Committee of Parliament seeks to among other things streamline free and voluntary donation of human organs by willing parties to their relatives.

In its eleven-page presentation of its views on the new Bill to the Committee this morning, the Commission asked Parliament to among other things, properly define what constitutes brain death for a person at the verge of death to be able to donate his/her organ and compensation for loss of earnings in case one donates and becomes unable to continue with normal work. The Commission also recommended that the Bill should provide for treatment of the donor and recipient; more clarification on the waiting list for people in need of organ donation; and provision for the donor to be able to withdraw his/her consent at any time before the actual donation.

“As a Commission we believe that since this law is not intended for commercialization of human body organs, the person donating an organ should be able to withdraw their consent at any stage before the operation commences,” Hon. Shifrah Lukwago who represented the UHRC Chairperson at the committee stated. This attracted reactions from Hon. Ester Mbayo, the Luuka District Woman Member of Parliament who said that experts had already informed parliament that giving a donor leeway to withdraw consent at any time might become problematic.

‘”The process of operation takes about two hours so what happens if someone withdraws the consent when the operation has already been done on the recipient. Provisions like this might also encourage issues of commercialization of the process, yet we want it to be free,” Hon Mbayo submitted. On her part, Ms. Ruth Ssekindi the UHRC Director of Monitoring and Inspection whose docket is to review of Bills before Parliament for their human rights compliance, emphasised the need for the donor to be availed all the necessary information prior to the donation. “There is need for informed consent right from the start to minimize chance of its withdrawal by the donor along the way,” she noted.

The other Members of Parliament present who among others included Colonel Dr. Victor Nekesa, Hon. Ken Auma from Kwania District and Hon. Margaret Makhoha, lauded the Uganda Human Rights Commission for digging deep into this subject matter and bringing more issue to the table for discussion than had been brought out in the Bill.

The Deputy Chairperson of the Committee Hon. Joel Ssebikali Yoweri who had initially stood in for his Chairperson who was away on other official engagements, registered his gratitude to UHRC for its submissions on the bill which delves in a completely new area of legislation.  “This Bill on Human Organ Donation and Transplant is the first of its kind in Uganda. We therefore we need a lot of information to enable us come up with a piece of legislation that will stand the test of time and will not be easily challenged. We should strive to avoid a repeat of enacting bills that may not stand the test of time like the Mental Health Bill which was shot down before even lasting one year and yet the process of amending laws is expensive,” he cautioned. The Chairperson of the Committee Hon. Dr. Charles Ayume who later joined the meeting, also applauded UHRC for the great research and effort put into the paper presented on the new Bill.

The Bill will be presented to the plenary of Parliament by the Committee of Health after being enriched by submissions from all the relevant public bodies, Civil Society Organizations and the general public and taken through other processes before being passed into law. The UHRC team to Parliament which was led by Hon. Shifrah Lukwago, also included Hon. Crispin Kaheru another Member of the Commission; Directors Ida Nakiganda, Byonabye Kamadi, Ruth Ssekindi, Sarah Nakhumitsa; and other technical staff.