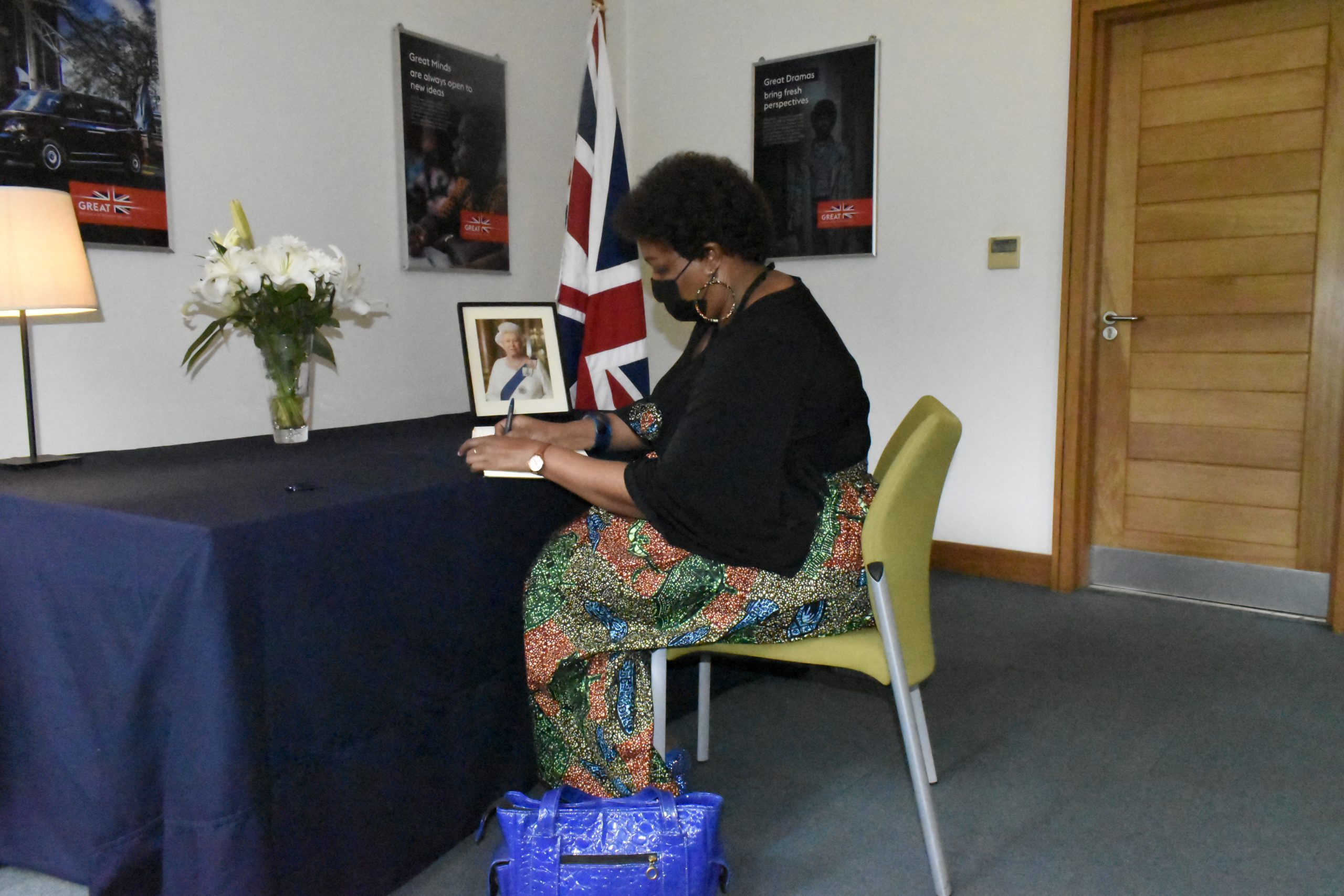 The Chairperson Uganda Human Rights Commission Hon. Mariam Wangadya together with Commissioner Crispin Kaheru have paid their last respect to Her Majesty Queen Elizabeth II of the United Kingdom.

“All girl-children who were born during that time (Queen Elizabeth’s ascension to the throne) were being named Elizabeth,” Hon. Wangadya told H.E Airey in a hearty tribute.

The Commission, she said, condoles with the members of the Royal family, the entire United Kingdom and the Commonwealth.

Queen Elizabeth II died peacefully on Thursday September 8, 2022 afternoon at her Scottish estate in the UK. She is expected to be laid to rest on Monday September 19.