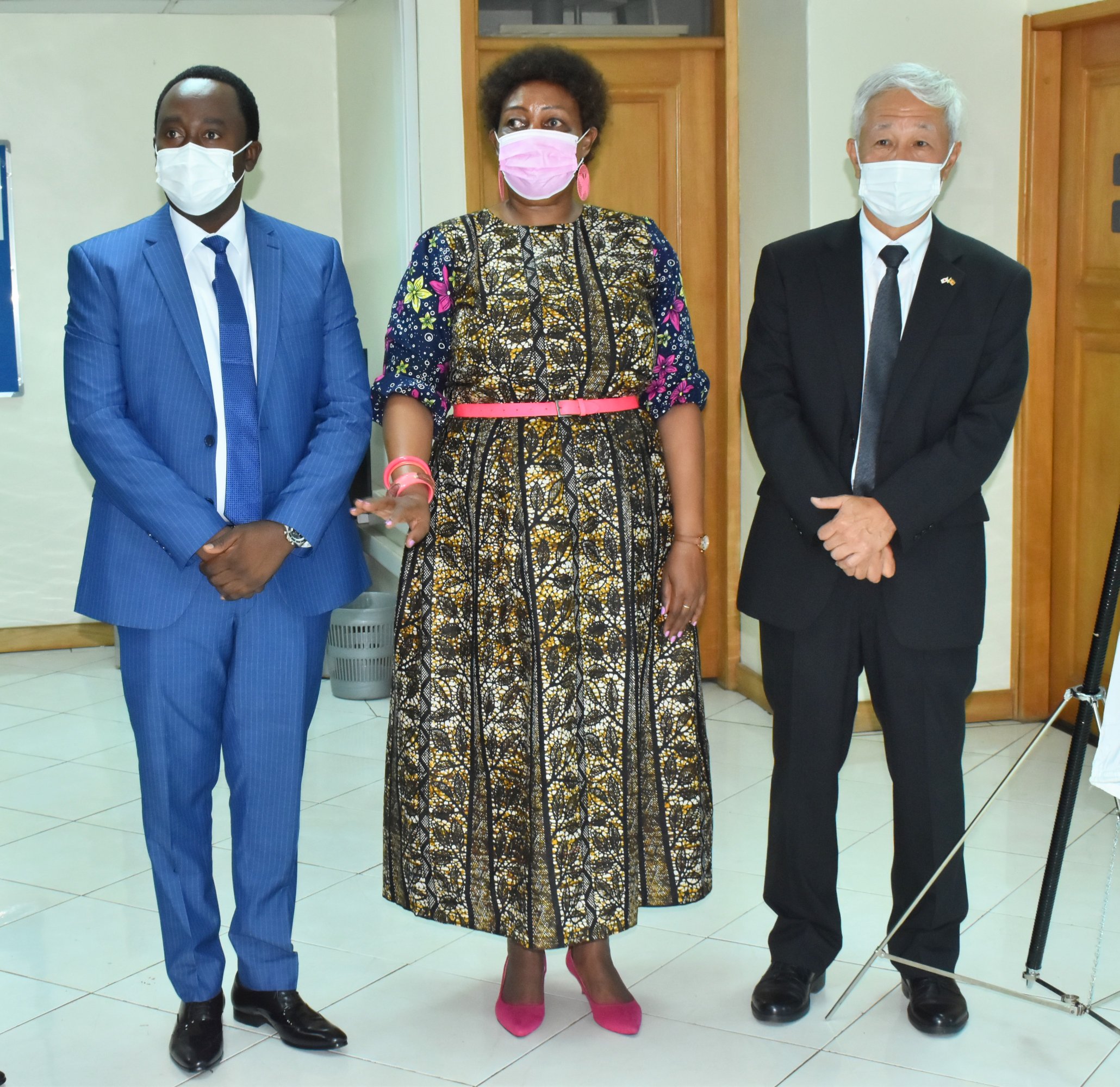 The Chairperson of the Uganda Human Rights Commission Justice Mariam Wangadya, Member of the Commission Hon. Crispin Kaheru and staff of UHRC; Senior Human Rights Officer Pauline Nansamba Mutumba together with Alex Bukumunhe paid their last respect to the late former Japanese Premier Shinzo Abe who was assassinated on Friday July 8, 2022 at a campaign trail in the city of Nara – Japan.

The delegation was received by H.E Ambassador Fukuzawa Hidemoto at the Embassy of Japan in Kampala, Uganda. They wrote their condolence messages in the condolence book.

The Chairperson extended her deepest condolences to the Japanese people and the family of the late former Premier.

“I extend my deepest condolences to the Japanese people and family of the late former Premier Shinzo Abe who was assassinated on Friday as he participated in democratic processes.”

Hon. Crispin Kaheru, a Member of the Commission noted that the late was

“a global unifier, loyal, committed and a selfless, servant leader of his people.”

H.E the Ambassador appreciated the team from Uganda Human Rights Commission UHRC for condoling with him and the people of Japan.