Gender-based violence: The men are not talking 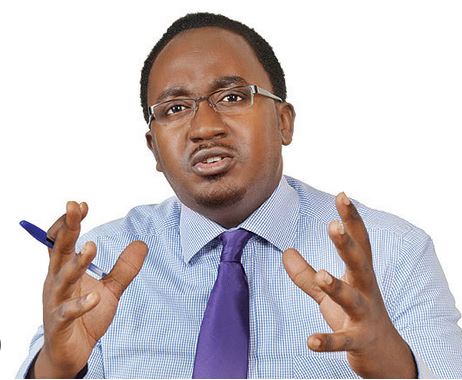 Richard Tuwangye, a popular entertainer best known by his stage name, Amosí, invited me to Uganda’s National Theatre a couple of weeks ago. I turned up for an evening Fun Factory comedy show during the “16 days of activism”, an annual international campaign against genderbased violence.

One of the skits was about what has popularly come to be known as kameeza money. The skit depicted a woman fainting when the husband quipped that he would stop leaving behind a little something to take care of basic home needs.

In one of the acts, a husband meted violence on the spouse, but the latter was quite afraid of losing her marriage. She had to put up an act; enduring physical and psychological pain. Society would judge her, not the man, if she opted out of the marriage; and in any case, who would she leave her children with? Another woman to raise her children? Hell no!

Of course, all these typecasts have been shaped by society. They conveniently shame the woman and dignify the man. Men by their very ‘nature’ are raised to be ‘men’. Ever wondered why many men spend most of their waking time in bars and away from home?

While men can certainly be victims of gender-based violence, their masculinity or manhood culturally obscures their real humanity. In African culture, it is perceived as a weakness when men complain that their women harass them.

Worldwide, rape is primarily committed that men are not raped. I bet if a man walked into a police station and claimed rape, they would ask for the victim’s name.

Many men out there are depressed and do not show it on their faces, and why, you may ask? Well, “men do not cry!” Yet another misplaced untruth. Indeed, one of the acts in the comedy show highlighted this. A counsellor invited a group of men to speak openly about the challenges they were facing in the context of their homes.

Some complained about their quarrelsome wives, others whined about their improvident women. One man seemed bothered by the nature of the talk and remained silent for some time. After all the others had spoken of their domestic woes, this man burst out into tears mumbling how for a long time he had endured being beaten by his ‘small bodied’ wife.

He narrated how powerless he felt, yet he could not share the trauma with his fellow men around the village. Society, tradition and canonical expectations have imposed it upon men to endlessly for women. But what about those who genuinely may not be able to? Those that have no way to provide for their families will lose respect from their communities, wives and sometimes children.

Men suffer depression, abandonment of families, and other tragic consequences – but most will conceal it. They conceal pain and vulnerability as a way of policing their masculinity.

What happens when men disclose that they’ve been victims of gender-based violence? There won’t be empathy. Men’s complaints will not be treated seriously at best, and male victims may find themselves being eternally belittled at worst. These are biases and prejudices that both men and women must fight to remove.

Many men will speak in tongues about how and what they feel, especially when they are victims of gender-based violence. Some will ask cagy questions like, “you keep on empowering our women – but who comes to talk to us about regaining our dignity and listens to our problems?” In a highly gendered space, such questions from men will in fact pass unnoticed even though they carry deep meaning. In a world where gender-based violence is gaining greater attention on a global level, there isn’t focus on men as victims. The narrative has gotten lost in the focus on women and girls as victims and men as perpetrators. While we teach the young that violence against women is bad and should be stopped, we must change the whole narrative and emphasize violence against any gender must to be addressed. To the men reading this article, feel free to latch on it to break the silence.